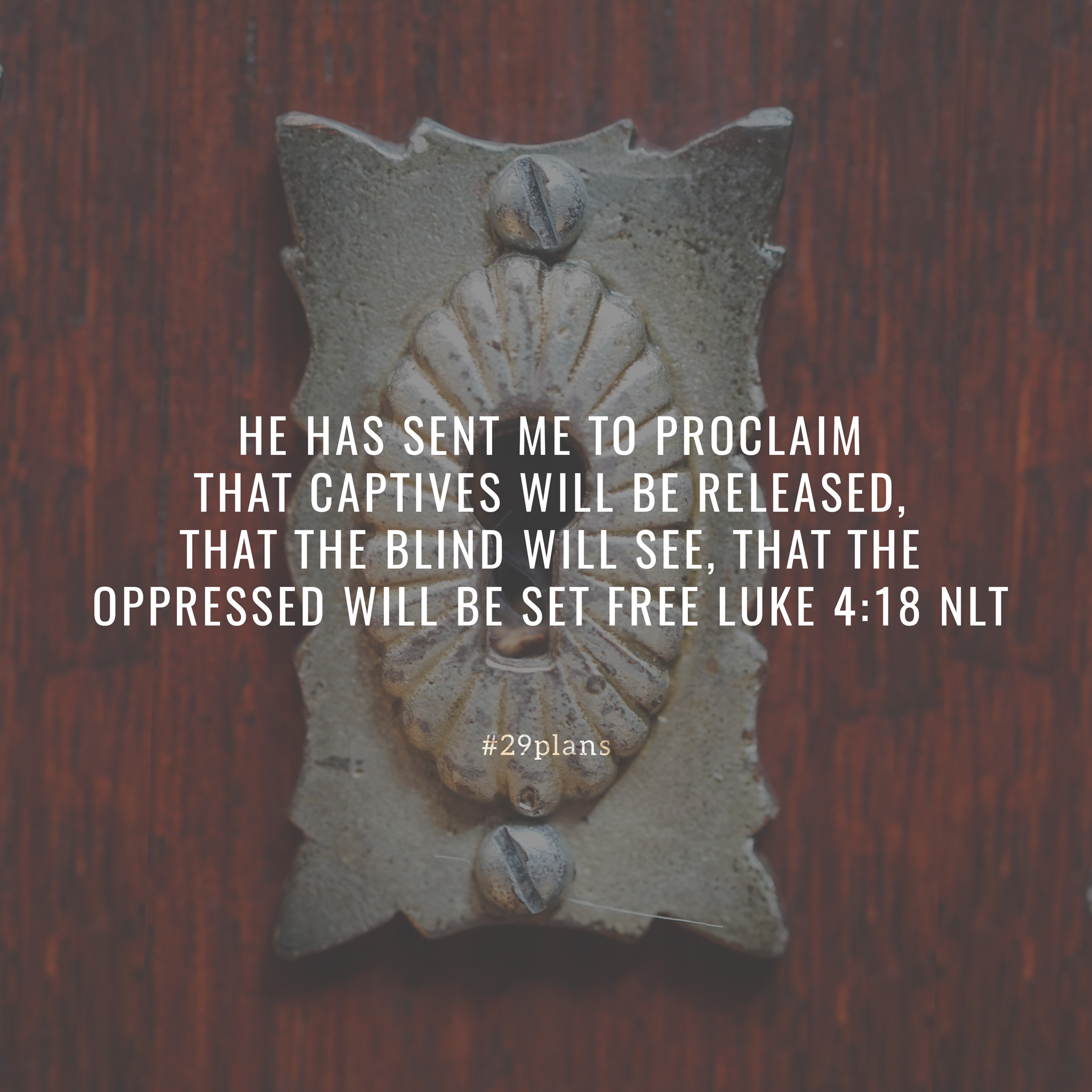 Verse of the Day: He has sent me to proclaim that captives will be released, that the blind will see, that the oppressed will be set free Lk4:18 NLT

Song of the Day: I am Found, I am Free by Gateway Worship — Spotify — Youtube

The Flood Covers the Earth

1 When everything was ready, the Lord said to Noah, “Go into the boat with all your family, for among all the people of the earth, I can see that you alone are righteous. 2 Take with you seven pairs—male and female—of each animal I have approved for eating and for sacrifice,[a] and take one pair of each of the others. 3 Also take seven pairs of every kind of bird. There must be a male and a female in each pair to ensure that all life will survive on the earth after the flood. 4 Seven days from now I will make the rains pour down on the earth. And it will rain for forty days and forty nights, until I have wiped from the earth all the living things I have created.”

5 So Noah did everything as the Lord commanded him.

6 Noah was 600 years old when the flood covered the earth. 7 He went on board the boat to escape the flood—he and his wife and his sons and their wives. 8 With them were all the various kinds of animals—those approved for eating and for sacrifice and those that were not—along with all the birds and the small animals that scurry along the ground. 9 They entered the boat in pairs, male and female, just as God had commanded Noah. 10 After seven days, the waters of the flood came and covered the earth.

11 When Noah was 600 years old, on the seventeenth day of the second month, all the underground waters erupted from the earth, and the rain fell in mighty torrents from the sky. 12 The rain continued to fall for forty days and forty nights.

13 That very day Noah had gone into the boat with his wife and his sons—Shem, Ham, and Japheth—and their wives. 14 With them in the boat were pairs of every kind of animal—domestic and wild, large and small—along with birds of every kind. 15 Two by two they came into the boat, representing every living thing that breathes. 16 A male and female of each kind entered, just as God had commanded Noah. Then the Lord closed the door behind them.

17 For forty days the floodwaters grew deeper, covering the ground and lifting the boat high above the earth. 18 As the waters rose higher and higher above the ground, the boat floated safely on the surface. 19 Finally, the water covered even the highest mountains on the earth, 20 rising more than twenty-two feet[b] above the highest peaks. 21 All the living things on earth died—birds, domestic animals, wild animals, small animals that scurry along the ground, and all the people. 22 Everything that breathed and lived on dry land died. 23 God wiped out every living thing on the earth—people, livestock, small animals that scurry along the ground, and the birds of the sky. All were destroyed. The only people who survived were Noah and those with him in the boat. 24 And the floodwaters covered the earth for 150 days.
–
Footnotes:

43 At the end of the two days, Jesus went on to Galilee. 44 He himself had said that a prophet is not honored in his own hometown. 45 Yet the Galileans welcomed him, for they had been in Jerusalem at the Passover celebration and had seen everything he did there.

46 As he traveled through Galilee, he came to Cana, where he had turned the water into wine. There was a government official in nearby Capernaum whose son was very sick. 47 When he heard that Jesus had come from Judea to Galilee, he went and begged Jesus to come to Capernaum to heal his son, who was about to die.

48 Jesus asked, “Will you never believe in me unless you see miraculous signs and wonders?”

50 Then Jesus told him, “Go back home. Your son will live!” And the man believed what Jesus said and started home.

51 While the man was on his way, some of his servants met him with the news that his son was alive and well. 52 He asked them when the boy had begun to get better, and they replied, “Yesterday afternoon at one o’clock his fever suddenly disappeared!” 53 Then the father realized that that was the very time Jesus had told him, “Your son will live.” And he and his entire household believed in Jesus. 54 This was the second miraculous sign Jesus did in Galilee after coming from Judea.

14 Then Jesus returned to Galilee, filled with the Holy Spirit’s power. Reports about him spread quickly through the whole region. 15 He taught regularly in their synagogues and was praised by everyone.

16 When he came to the village of Nazareth, his boyhood home, he went as usual to the synagogue on the Sabbath and stood up to read the Scriptures. 17 The scroll of Isaiah the prophet was handed to him. He unrolled the scroll and found the place where this was written:

18 “The Spirit of the Lord is upon me,
for he has anointed me to bring Good News to the poor.
He has sent me to proclaim that captives will be released,
that the blind will see,
that the oppressed will be set free,
19 and that the time of the Lord’s favor has come.[a]”
20 He rolled up the scroll, handed it back to the attendant, and sat down. All eyes in the synagogue looked at him intently. 21 Then he began to speak to them. “The Scripture you’ve just heard has been fulfilled this very day!”

22 Everyone spoke well of him and was amazed by the gracious words that came from his lips. “How can this be?” they asked. “Isn’t this Joseph’s son?”

23 Then he said, “You will undoubtedly quote me this proverb: ‘Physician, heal yourself’—meaning, ‘Do miracles here in your hometown like those you did in Capernaum.’ 24 But I tell you the truth, no prophet is accepted in his own hometown.

25 “Certainly there were many needy widows in Israel in Elijah’s time, when the heavens were closed for three and a half years, and a severe famine devastated the land. 26 Yet Elijah was not sent to any of them. He was sent instead to a foreigner—a widow of Zarephath in the land of Sidon. 27 And there were many lepers in Israel in the time of the prophet Elisha, but the only one healed was Naaman, a Syrian.”

28 When they heard this, the people in the synagogue were furious. 29 Jumping up, they mobbed him and forced him to the edge of the hill on which the town was built. They intended to push him over the cliff, 30 but he passed right through the crowd and went on his way.

Jesus Casts Out a Demon

31 Then Jesus went to Capernaum, a town in Galilee, and taught there in the synagogue every Sabbath day. 32 There, too, the people were amazed at his teaching, for he spoke with authority.

33 Once when he was in the synagogue, a man possessed by a demon—an evil[b] spirit—began shouting at Jesus, 34 “Go away! Why are you interfering with us, Jesus of Nazareth? Have you come to destroy us? I know who you are—the Holy One of God!”

35 Jesus cut him short. “Be quiet! Come out of the man,” he ordered. At that, the demon threw the man to the floor as the crowd watched; then it came out of him without hurting him further.

36 Amazed, the people exclaimed, “What authority and power this man’s words possess! Even evil spirits obey him, and they flee at his command!” 37 The news about Jesus spread through every village in the entire region.
–
Footnotes: