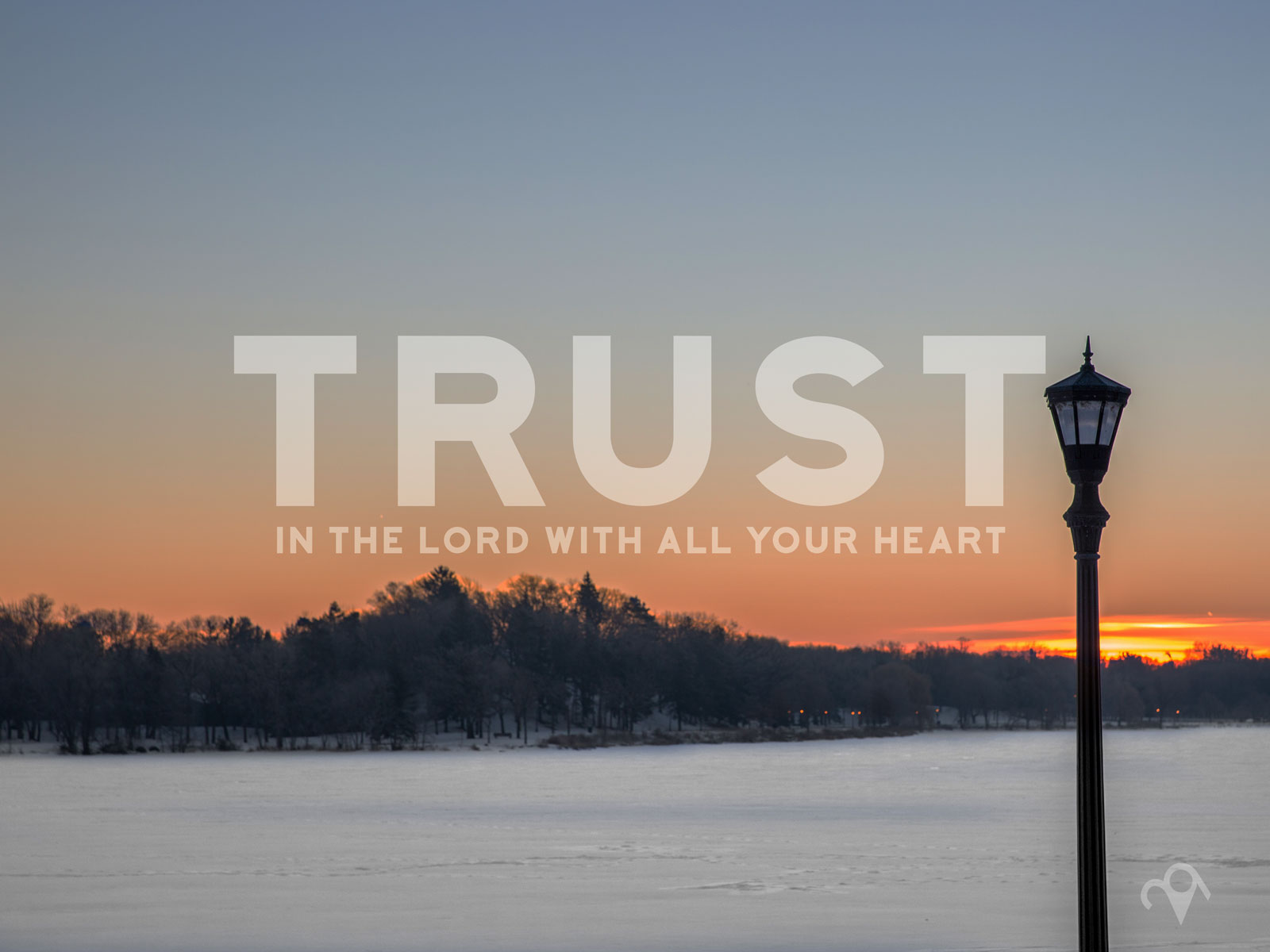 Verse of the Day: Trust in the Lord with all your heart, And lean not on your own understanding; In all your ways acknowledge Him, And He shall direct your paths. Pr 3:5-6 NKJV

Song of the Day: ‘Tis So Sweet by Casting Crowns — Spotify — Youtube

Guidance for the Young

3 My son, do not forget my law,
But let your heart keep my commands;
2 For length of days and long life
And peace they will add to you.
3 Let not mercy and truth forsake you;
Bind them around your neck,
Write them on the tablet of your heart,
4 And so find favor and high esteem
In the sight of God and man.
5 Trust in the Lord with all your heart,
And lean not on your own understanding;
6 In all your ways acknowledge Him,
And He shall direct[a] your paths.
7 Do not be wise in your own eyes;
Fear the Lord and depart from evil.
8 It will be health to your flesh,[b] And strength[c] to your bones.
9 Honor the Lord with your possessions,
And with the firstfruits of all your increase;
10 So your barns will be filled with plenty,
And your vats will overflow with new wine.
11 My son, do not despise the chastening of the Lord,
Nor detest His correction;
12 For whom the Lord loves He corrects,
Just as a father the son in whom he delights.
13 Happy is the man who finds wisdom,
And the man who gains understanding;
14 For her proceeds are better than the profits of silver,
And her gain than fine gold.
15 She is more precious than rubies,
And all the things you may desire cannot compare with her.
16 Length of days is in her right hand,
In her left hand riches and honor.
17 Her ways are ways of pleasantness,
And all her paths are peace.
18 She is a tree of life to those who take hold of her,
And happy are all who retain her.
–
Footnotes:

22 Now it happened, on a certain day, that He got into a boat with His disciples. And He said to them, “Let us cross over to the other side of the lake.” And they launched out. 23 But as they sailed He fell asleep. And a windstorm came down on the lake, and they were filling with water, and were in jeopardy. 24 And they came to Him and awoke Him, saying, “Master, Master, we are perishing!”

Then He arose and rebuked the wind and the raging of the water. And they ceased, and there was a calm. 25 But He said to them, “Where is your faith?”

And they were afraid, and marveled, saying to one another, “Who can this be? For He commands even the winds and water, and they obey Him!”

26 Then they sailed to the country of the Gadarenes,[a] which is opposite Galilee. 27 And when He stepped out on the land, there met Him a certain man from the city who had demons for a long time. And he wore no clothes,[b] nor did he live in a house but in the tombs. 28 When he saw Jesus, he cried out, fell down before Him, and with a loud voice said, “What have I to do with You, Jesus, Son of the Most High God? I beg You, do not torment me!” 29 For He had commanded the unclean spirit to come out of the man. For it had often seized him, and he was kept under guard, bound with chains and shackles; and he broke the bonds and was driven by the demon into the wilderness.

And he said, “Legion,” because many demons had entered him. 31 And they begged Him that He would not command them to go out into the abyss.

32 Now a herd of many swine was feeding there on the mountain. So they begged Him that He would permit them to enter them. And He permitted them. 33 Then the demons went out of the man and entered the swine, and the herd ran violently down the steep place into the lake and drowned.

34 When those who fed them saw what had happened, they fled and told it in the city and in the country. 35 Then they went out to see what had happened, and came to Jesus, and found the man from whom the demons had departed, sitting at the feet of Jesus, clothed and in his right mind. And they were afraid. 36 They also who had seen it told them by what means he who had been demon-possessed was healed. 37 Then the whole multitude of the surrounding region of the Gadarenes[c] asked Him to depart from them, for they were seized with great fear. And He got into the boat and returned.

38 Now the man from whom the demons had departed begged Him that he might be with Him. But Jesus sent him away, saying, 39 “Return to your own house, and tell what great things God has done for you.” And he went his way and proclaimed throughout the whole city what great things Jesus had done for him.

A Girl Restored to Life and a Woman Healed

40 So it was, when Jesus returned, that the multitude welcomed Him, for they were all waiting for Him. 41 And behold, there came a man named Jairus, and he was a ruler of the synagogue. And he fell down at Jesus’ feet and begged Him to come to his house, 42 for he had an only daughter about twelve years of age, and she was dying.

But as He went, the multitudes thronged Him. 43 Now a woman, having a flow of blood for twelve years, who had spent all her livelihood on physicians and could not be healed by any, 44 came from behind and touched the border of His garment. And immediately her flow of blood stopped.

When all denied it, Peter and those with him[d] said, “Master, the multitudes throng and press You, and You say, ‘Who touched Me?’”[e]

46 But Jesus said, “Somebody touched Me, for I perceived power going out from Me.” 47 Now when the woman saw that she was not hidden, she came trembling; and falling down before Him, she declared to Him in the presence of all the people the reason she had touched Him and how she was healed immediately.

49 While He was still speaking, someone came from the ruler of the synagogue’s house, saying to him, “Your daughter is dead. Do not trouble the Teacher.”[g]

50 But when Jesus heard it, He answered him, saying, “Do not be afraid; only believe, and she will be made well.” 51 When He came into the house, He permitted no one to go in[h] except Peter, James, and John,[i] and the father and mother of the girl. 52 Now all wept and mourned for her; but He said, “Do not weep; she is not dead, but sleeping.” 53 And they ridiculed Him, knowing that she was dead.

54 But He put them all outside,[j] took her by the hand and called, saying, “Little girl, arise.” 55 Then her spirit returned, and she arose immediately. And He commanded that she be given something to eat. 56 And her parents were astonished, but He charged them to tell no one what had happened.
–
Footnotes: