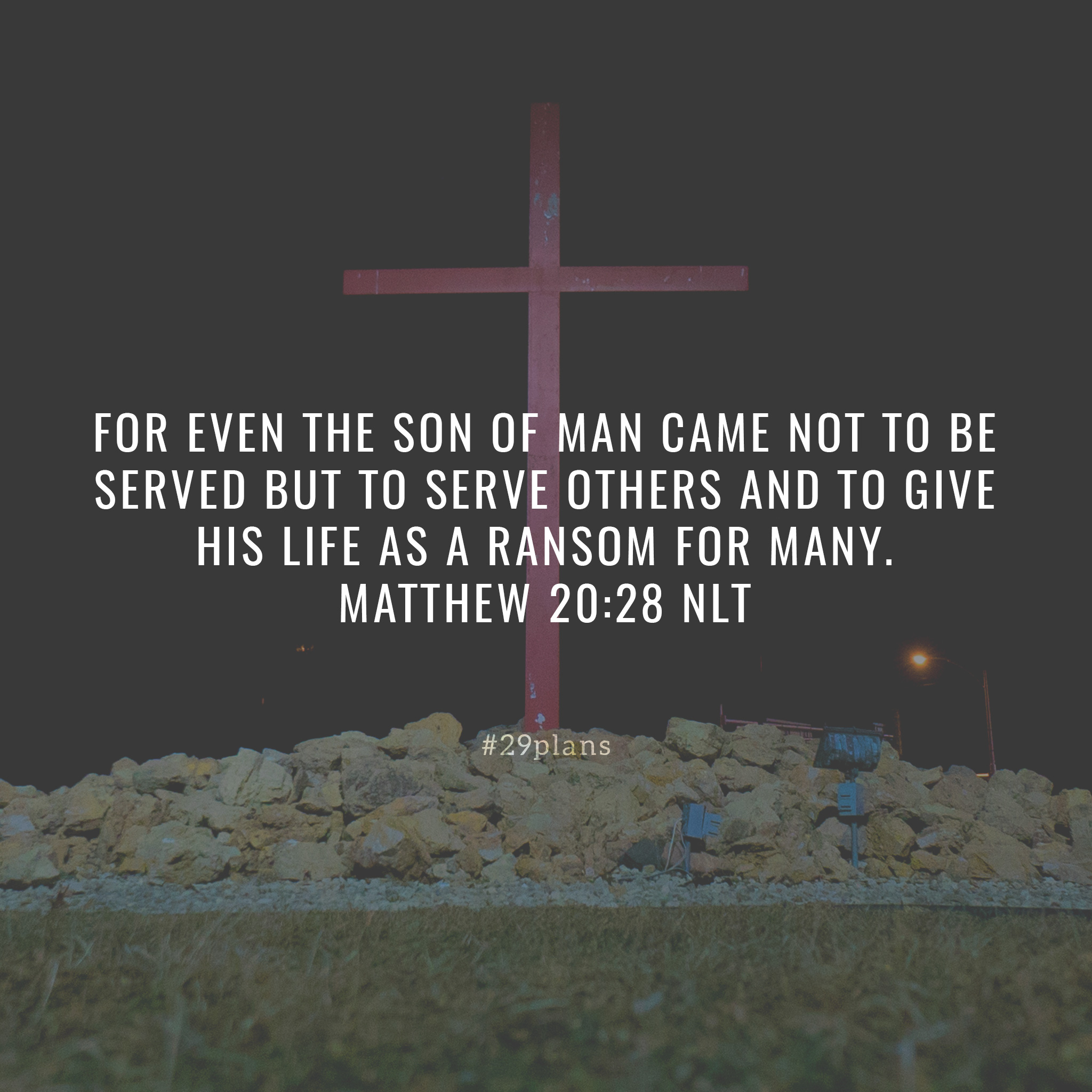 Guide: Read Genesis 45:1-15; Matthew 20; Listen to Mercy Reigns by @elevation_wrshp Pray for moms; What would you ask of Jesus face to face?

Verse of the Day: For even the Son of Man came not to be served but to serve others and to give his life as a ransom for many. Matt 20:28 NLT

Song of the Day: Mercy Reigns by Elevation Worship — Youtube

1 Joseph could stand it no longer. There were many people in the room, and he said to his attendants, “Out, all of you!” So he was alone with his brothers when he told them who he was. 2 Then he broke down and wept. He wept so loudly the Egyptians could hear him, and word of it quickly carried to Pharaoh’s palace.

3 “I am Joseph!” he said to his brothers. “Is my father still alive?” But his brothers were speechless! They were stunned to realize that Joseph was standing there in front of them. 4 “Please, come closer,” he said to them. So they came closer. And he said again, “I am Joseph, your brother, whom you sold into slavery in Egypt. 5 But don’t be upset, and don’t be angry with yourselves for selling me to this place. It was God who sent me here ahead of you to preserve your lives. 6 This famine that has ravaged the land for two years will last five more years, and there will be neither plowing nor harvesting. 7 God has sent me ahead of you to keep you and your families alive and to preserve many survivors.[a] 8 So it was God who sent me here, not you! And he is the one who made me an adviser[b] to Pharaoh—the manager of his entire palace and the governor of all Egypt.

9 “Now hurry back to my father and tell him, ‘This is what your son Joseph says: God has made me master over all the land of Egypt. So come down to me immediately! 10 You can live in the region of Goshen, where you can be near me with all your children and grandchildren, your flocks and herds, and everything you own. 11 I will take care of you there, for there are still five years of famine ahead of us. Otherwise you, your household, and all your animals will starve.’”

12 Then Joseph added, “Look! You can see for yourselves, and so can my brother Benjamin, that I really am Joseph! 13 Go tell my father of my honored position here in Egypt. Describe for him everything you have seen, and then bring my father here quickly.” 14 Weeping with joy, he embraced Benjamin, and Benjamin did the same. 15 Then Joseph kissed each of his brothers and wept over them, and after that they began talking freely with him.
–
Footnotes:

Parable of the Vineyard Workers

1 “For the Kingdom of Heaven is like the landowner who went out early one morning to hire workers for his vineyard. 2 He agreed to pay the normal daily wage[a] and sent them out to work.

3 “At nine o’clock in the morning he was passing through the marketplace and saw some people standing around doing nothing. 4 So he hired them, telling them he would pay them whatever was right at the end of the day. 5 So they went to work in the vineyard. At noon and again at three o’clock he did the same thing.

6 “At five o’clock that afternoon he was in town again and saw some more people standing around. He asked them, ‘Why haven’t you been working today?’

“The landowner told them, ‘Then go out and join the others in my vineyard.’

8 “That evening he told the foreman to call the workers in and pay them, beginning with the last workers first. 9 When those hired at five o’clock were paid, each received a full day’s wage. 10 When those hired first came to get their pay, they assumed they would receive more. But they, too, were paid a day’s wage. 11 When they received their pay, they protested to the owner, 12 ‘Those people worked only one hour, and yet you’ve paid them just as much as you paid us who worked all day in the scorching heat.’

13 “He answered one of them, ‘Friend, I haven’t been unfair! Didn’t you agree to work all day for the usual wage? 14 Take your money and go. I wanted to pay this last worker the same as you. 15 Is it against the law for me to do what I want with my money? Should you be jealous because I am kind to others?’

17 As Jesus was going up to Jerusalem, he took the twelve disciples aside privately and told them what was going to happen to him. 18 “Listen,” he said, “we’re going up to Jerusalem, where the Son of Man[b] will be betrayed to the leading priests and the teachers of religious law. They will sentence him to die. 19 Then they will hand him over to the Romans[c] to be mocked, flogged with a whip, and crucified. But on the third day he will be raised from the dead.”

Jesus Teaches about Serving Others

20 Then the mother of James and John, the sons of Zebedee, came to Jesus with her sons. She knelt respectfully to ask a favor. 21 “What is your request?” he asked.

She replied, “In your Kingdom, please let my two sons sit in places of honor next to you, one on your right and the other on your left.”

22 But Jesus answered by saying to them, “You don’t know what you are asking! Are you able to drink from the bitter cup of suffering I am about to drink?”

23 Jesus told them, “You will indeed drink from my bitter cup. But I have no right to say who will sit on my right or my left. My Father has prepared those places for the ones he has chosen.”

24 When the ten other disciples heard what James and John had asked, they were indignant. 25 But Jesus called them together and said, “You know that the rulers in this world lord it over their people, and officials flaunt their authority over those under them. 26 But among you it will be different. Whoever wants to be a leader among you must be your servant, 27 and whoever wants to be first among you must become your slave. 28 For even the Son of Man came not to be served but to serve others and to give his life as a ransom for many.”

29 As Jesus and the disciples left the town of Jericho, a large crowd followed behind. 30 Two blind men were sitting beside the road. When they heard that Jesus was coming that way, they began shouting, “Lord, Son of David, have mercy on us!”

But they only shouted louder, “Lord, Son of David, have mercy on us!”

32 When Jesus heard them, he stopped and called, “What do you want me to do for you?”

33 “Lord,” they said, “we want to see!” 34 Jesus felt sorry for them and touched their eyes. Instantly they could see! Then they followed him.
–
Footnotes: