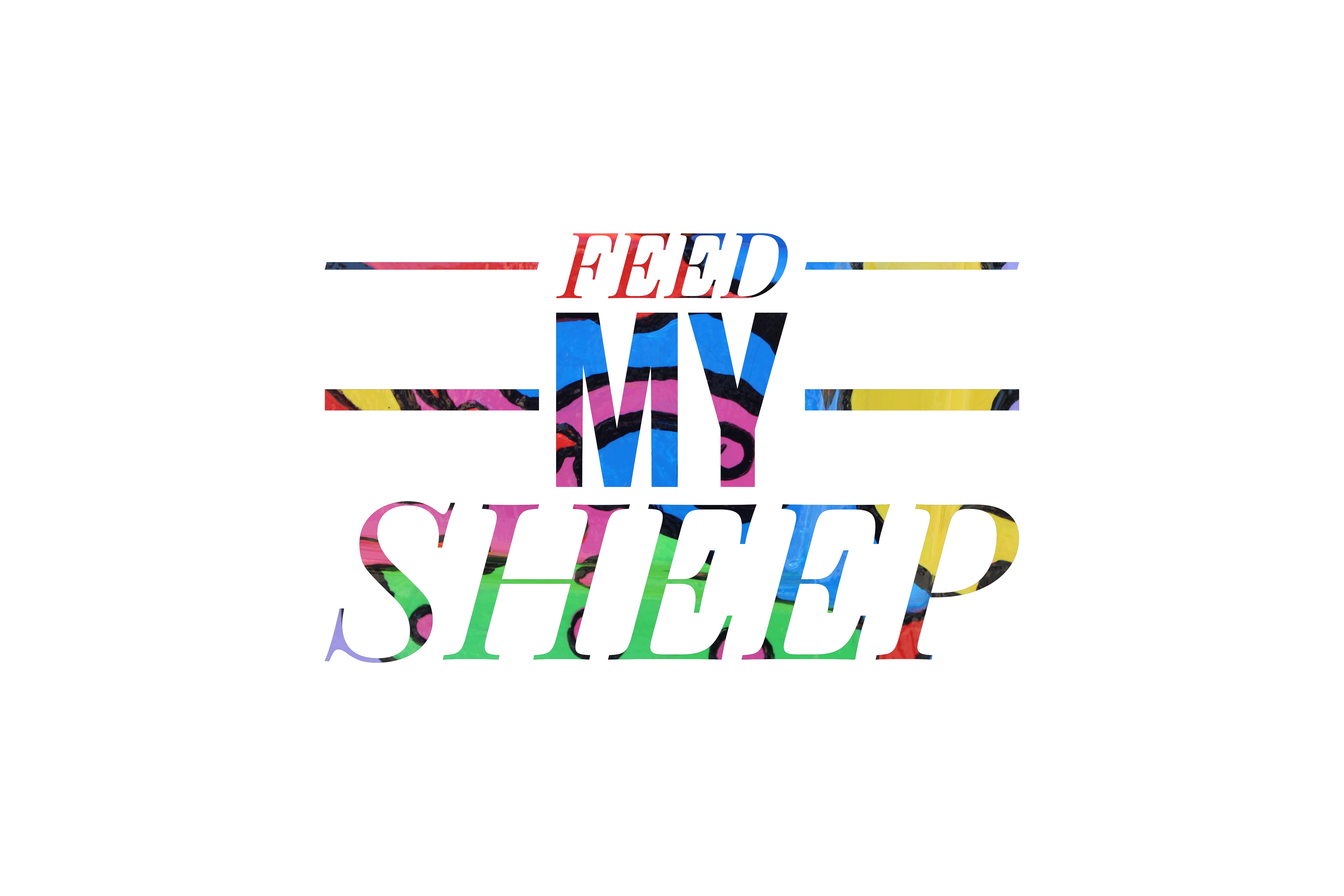 Song of the Day: Feed my Sheep by Clive — Spotify — Youtube

1 Then the Lord said to Moses, “Come up to the Lord, you and Aaron, Nadab and Abihu, and seventy of the elders of Israel. You are to worship at a distance, 2 but Moses alone is to approach the Lord; the others must not come near. And the people may not come up with him.”

He got up early the next morning and built an altar at the foot of the mountain and set up twelve stone pillars representing the twelve tribes of Israel. 5 Then he sent young Israelite men, and they offered burnt offerings and sacrificed young bulls as fellowship offerings to the Lord. 6 Moses took half of the blood and put it in bowls, and the other half he splashed against the altar. 7 Then he took the Book of the Covenant and read it to the people. They responded, “We will do everything the Lord has said; we will obey.”

8 Moses then took the blood, sprinkled it on the people and said, “This is the blood of the covenant that the Lord has made with you in accordance with all these words.”

9 Moses and Aaron, Nadab and Abihu, and the seventy elders of Israel went up 10 and saw the God of Israel. Under his feet was something like a pavement made of lapis lazuli, as bright blue as the sky. 11 But God did not raise his hand against these leaders of the Israelites; they saw God, and they ate and drank.

12 The Lord said to Moses, “Come up to me on the mountain and stay here, and I will give you the tablets of stone with the law and commandments I have written for their instruction.”

13 Then Moses set out with Joshua his aide, and Moses went up on the mountain of God. 14 He said to the elders, “Wait here for us until we come back to you. Aaron and Hur are with you, and anyone involved in a dispute can go to them.”

On the Road to Emmaus

13 Now that same day two of them were going to a village called Emmaus, about seven miles[a] from Jerusalem. 14 They were talking with each other about everything that had happened. 15 As they talked and discussed these things with each other, Jesus himself came up and walked along with them; 16 but they were kept from recognizing him.

17 He asked them, “What are you discussing together as you walk along?”

They stood still, their faces downcast. 18 One of them, named Cleopas, asked him, “Are you the only one visiting Jerusalem who does not know the things that have happened there in these days?”

“About Jesus of Nazareth,” they replied. “He was a prophet, powerful in word and deed before God and all the people. 20 The chief priests and our rulers handed him over to be sentenced to death, and they crucified him; 21 but we had hoped that he was the one who was going to redeem Israel. And what is more, it is the third day since all this took place. 22 In addition, some of our women amazed us. They went to the tomb early this morning 23 but didn’t find his body. They came and told us that they had seen a vision of angels, who said he was alive. 24 Then some of our companions went to the tomb and found it just as the women had said, but they did not see Jesus.”

25 He said to them, “How foolish you are, and how slow to believe all that the prophets have spoken! 26 Did not the Messiah have to suffer these things and then enter his glory?” 27 And beginning with Moses and all the Prophets, he explained to them what was said in all the Scriptures concerning himself.

28 As they approached the village to which they were going, Jesus continued on as if he were going farther. 29 But they urged him strongly, “Stay with us, for it is nearly evening; the day is almost over.” So he went in to stay with them.

30 When he was at the table with them, he took bread, gave thanks, broke it and began to give it to them. 31 Then their eyes were opened and they recognized him, and he disappeared from their sight. 32 They asked each other, “Were not our hearts burning within us while he talked with us on the road and opened the Scriptures to us?”

33 They got up and returned at once to Jerusalem. There they found the Eleven and those with them, assembled together 34 and saying, “It is true! The Lord has risen and has appeared to Simon.” 35 Then the two told what had happened on the way, and how Jesus was recognized by them when he broke the bread.

Jesus Appears to the Disciples

36 While they were still talking about this, Jesus himself stood among them and said to them, “Peace be with you.”

37 They were startled and frightened, thinking they saw a ghost. 38 He said to them, “Why are you troubled, and why do doubts rise in your minds? 39 Look at my hands and my feet. It is I myself! Touch me and see; a ghost does not have flesh and bones, as you see I have.”

40 When he had said this, he showed them his hands and feet. 41 And while they still did not believe it because of joy and amazement, he asked them, “Do you have anything here to eat?” 42 They gave him a piece of broiled fish, 43 and he took it and ate it in their presence.

44 He said to them, “This is what I told you while I was still with you: Everything must be fulfilled that is written about me in the Law of Moses, the Prophets and the Psalms.”

45 Then he opened their minds so they could understand the Scriptures. 46 He told them, “This is what is written: The Messiah will suffer and rise from the dead on the third day,
–
Footnotes:

Jesus and the Miraculous Catch of Fish

1 Afterward Jesus appeared again to his disciples, by the Sea of Galilee.[a] It happened this way: 2 Simon Peter, Thomas (also known as Didymus[b]), Nathanael from Cana in Galilee, the sons of Zebedee, and two other disciples were together. 3 “I’m going out to fish,” Simon Peter told them, and they said, “We’ll go with you.” So they went out and got into the boat, but that night they caught nothing.

4 Early in the morning, Jesus stood on the shore, but the disciples did not realize that it was Jesus.

5 He called out to them, “Friends, haven’t you any fish?”

6 He said, “Throw your net on the right side of the boat and you will find some.” When they did, they were unable to haul the net in because of the large number of fish.

7 Then the disciple whom Jesus loved said to Peter, “It is the Lord!” As soon as Simon Peter heard him say, “It is the Lord,” he wrapped his outer garment around him (for he had taken it off) and jumped into the water. 8 The other disciples followed in the boat, towing the net full of fish, for they were not far from shore, about a hundred yards.[c] 9 When they landed, they saw a fire of burning coals there with fish on it, and some bread.

10 Jesus said to them, “Bring some of the fish you have just caught.” 11 So Simon Peter climbed back into the boat and dragged the net ashore. It was full of large fish, 153, but even with so many the net was not torn. 12 Jesus said to them, “Come and have breakfast.” None of the disciples dared ask him, “Who are you?” They knew it was the Lord. 13 Jesus came, took the bread and gave it to them, and did the same with the fish. 14 This was now the third time Jesus appeared to his disciples after he was raised from the dead.

15 When they had finished eating, Jesus said to Simon Peter, “Simon son of John, do you love me more than these?”

He answered, “Yes, Lord, you know that I love you.”

Peter was hurt because Jesus asked him the third time, “Do you love me?” He said, “Lord, you know all things; you know that I love you.”

Jesus said, “Feed my sheep. 18 Very truly I tell you, when you were younger you dressed yourself and went where you wanted; but when you are old you will stretch out your hands, and someone else will dress you and lead you where you do not want to go.” 19 Jesus said this to indicate the kind of death by which Peter would glorify God. Then he said to him, “Follow me!”

20 Peter turned and saw that the disciple whom Jesus loved was following them. (This was the one who had leaned back against Jesus at the supper and had said, “Lord, who is going to betray you?”) 21 When Peter saw him, he asked, “Lord, what about him?”