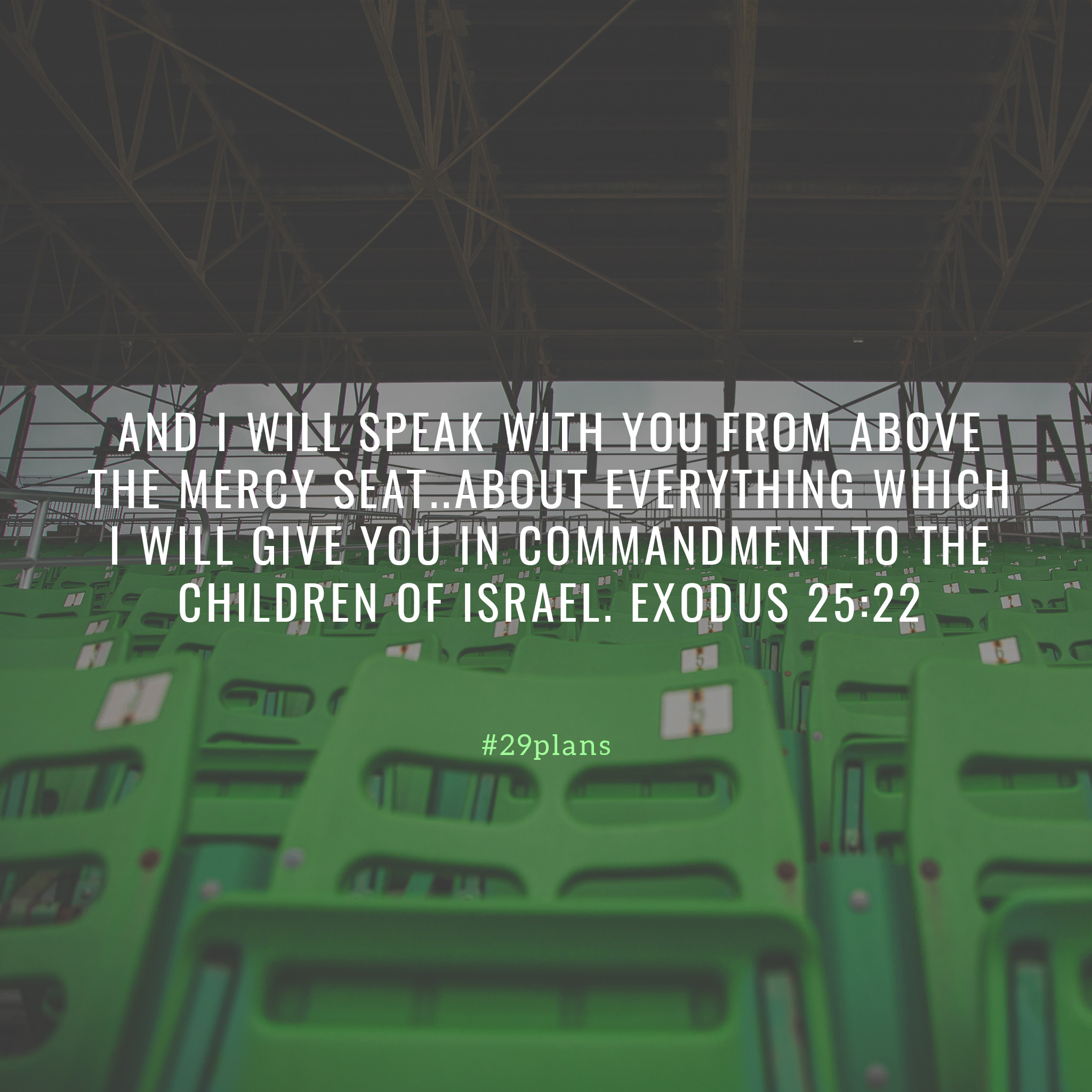 Verse of the Day: And I will speak with you from above the mercy seat..about everything which I will give you in commandment to the children of Israel. Exodus 25:22

Song of the Day: Approach My Soul, The Mercy Seat by Jamie Barnes — Youtube

Making the Ark of the Testimony

1 Now in those days, when the number of the disciples was multiplying, there arose a complaint against the Hebrews by the Hellenists,[a] because their widows were neglected in the daily distribution. 2 Then the twelve summoned the multitude of the disciples and said, “It is not desirable that we should leave the word of God and serve tables. 3 Therefore, brethren, seek out from among you seven men of good reputation, full of the Holy Spirit and wisdom, whom we may appoint over this business; 4 but we will give ourselves continually to prayer and to the ministry of the word.”

5 And the saying pleased the whole multitude. And they chose Stephen, a man full of faith and the Holy Spirit, and Philip, Prochorus, Nicanor, Timon, Parmenas, and Nicolas, a proselyte from Antioch, 6 whom they set before the apostles; and when they had prayed, they laid hands on them.

7 Then the word of God spread, and the number of the disciples multiplied greatly in Jerusalem, and a great many of the priests were obedient to the faith.

8 And Stephen, full of faith[b] and power, did great wonders and signs among the people. 9 Then there arose some from what is called the Synagogue of the Freedmen (Cyrenians, Alexandrians, and those from Cilicia and Asia), disputing with Stephen. 10 And they were not able to resist the wisdom and the Spirit by which he spoke. 11 Then they secretly induced men to say, “We have heard him speak blasphemous words against Moses and God.” 12 And they stirred up the people, the elders, and the scribes; and they came upon him, seized him, and brought him to the council. 13 They also set up false witnesses who said, “This man does not cease to speak blasphemous[c] words against this holy place and the law; 14 for we have heard him say that this Jesus of Nazareth will destroy this place and change the customs which Moses delivered to us.” 15 And all who sat in the council, looking steadfastly at him, saw his face as the face of an angel.
–
Footnotes: