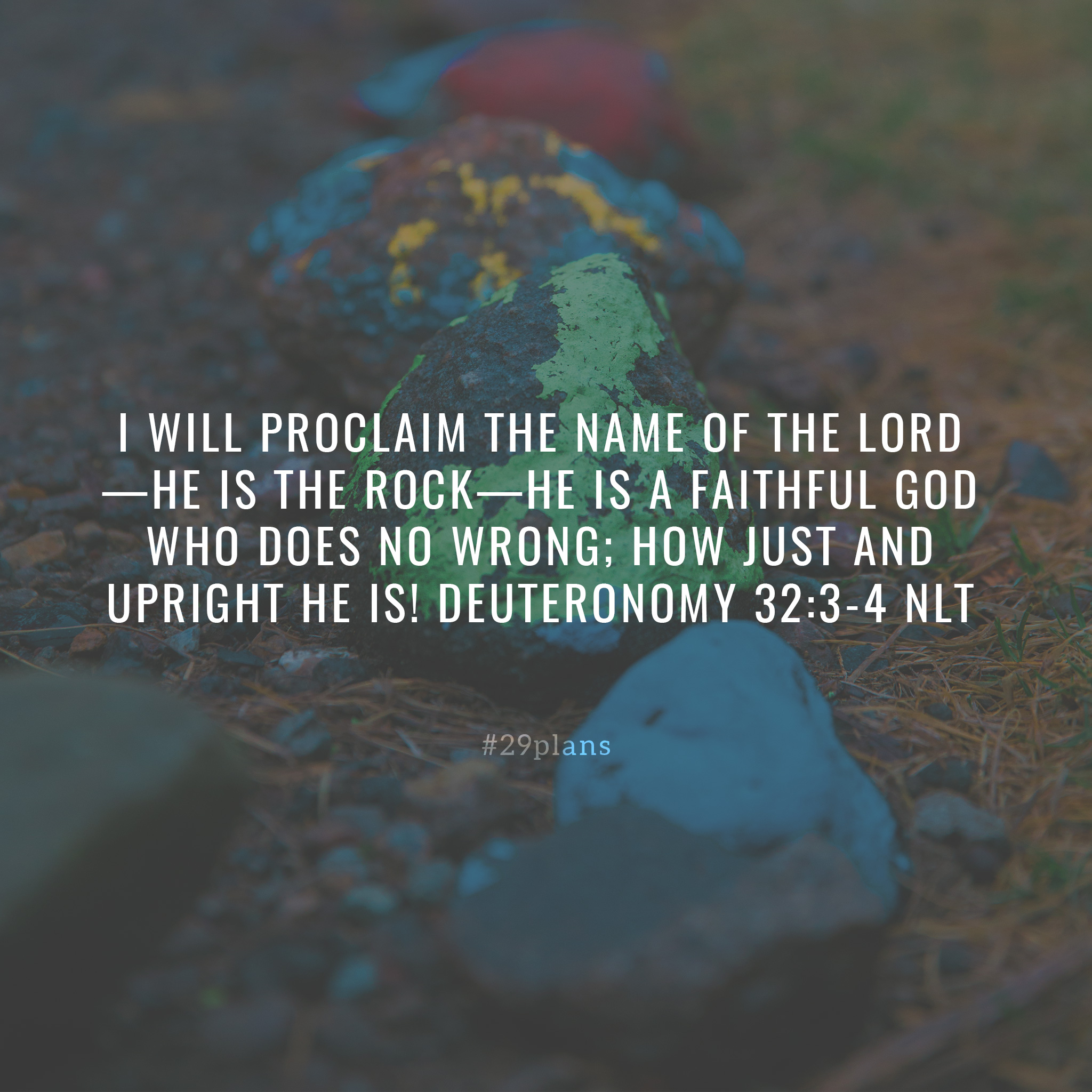 Guide: Read Deuteronomy 32; Listen to In Christ Alone/Solid Rock by @cottrelltravis Pray for your mayor; Journal on God being your Rock

Verse of the Day: I will proclaim the name of the Lord—He is the Rock—He is a faithful God who does no wrong; how just and upright he is! Deuteronomy 32:3-4 NLT

Song of the Day: In Christ Alone/Solid Rock by Travis Cottrell — Youtube

45 When Moses had finished reciting all these words to the people of Israel, 46 he added: “Take to heart all the words of warning I have given you today. Pass them on as a command to your children so they will obey every word of these instructions. 47 These instructions are not empty words—they are your life! By obeying them you will enjoy a long life in the land you will occupy when you cross the Jordan River.”