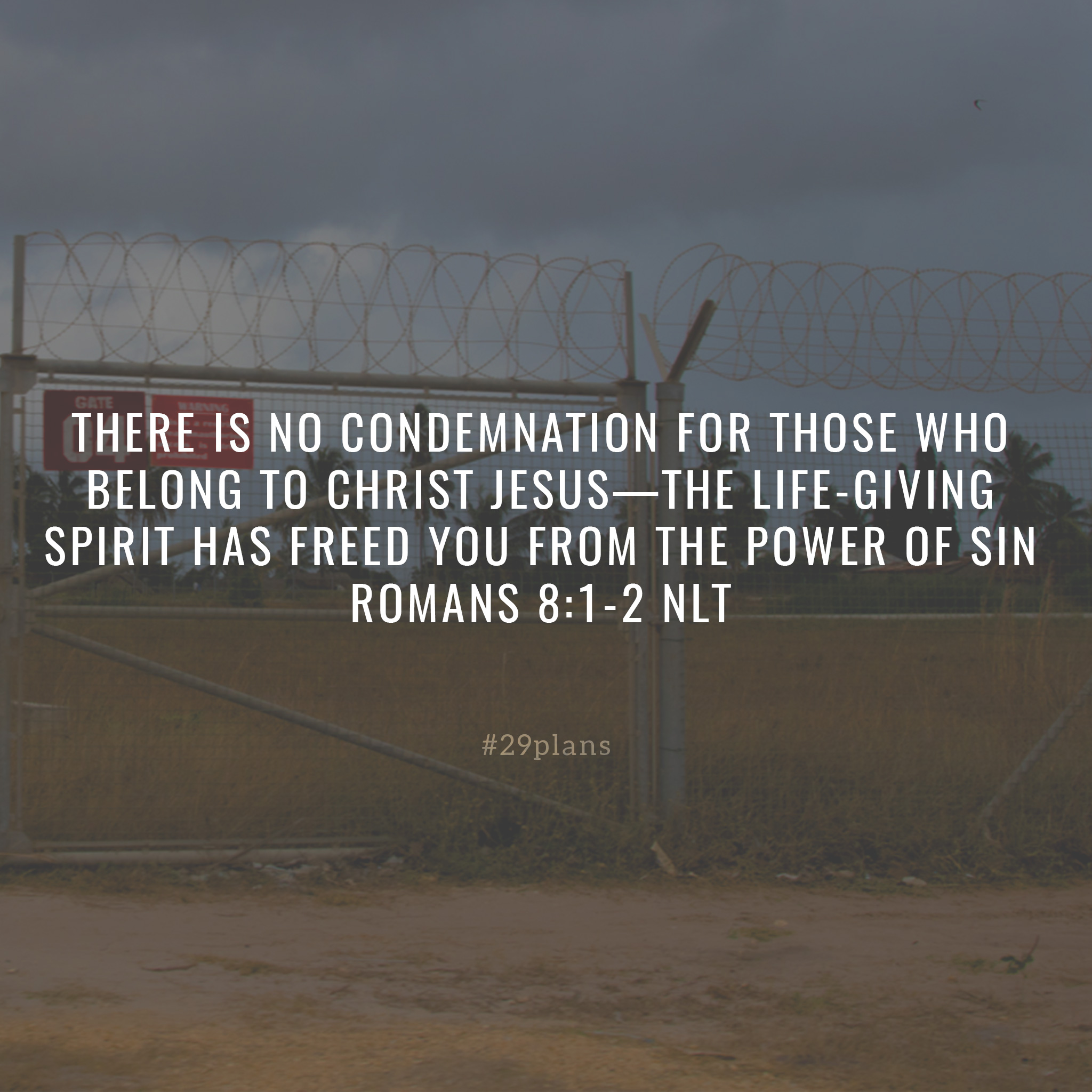 Guide: Read 1 Samuel 1; Romans 8:1-17; Listen to Spirit of God by @worthdyingfor; Pray for power over sin; What dominates your thoughts?

Verse of the Day: There is no condemnation for those who belong to Christ Jesus—the life-giving Spirit has freed you from the power of sin Romans 8:1-2 NLT

Song of the Day: Spirit of God by Worth Dying For — Youtube

Elkanah and His Family

1 There was a man named Elkanah who lived in Ramah in the region of Zuph[a] in the hill country of Ephraim. He was the son of Jeroham, son of Elihu, son of Tohu, son of Zuph, of Ephraim. 2 Elkanah had two wives, Hannah and Peninnah. Peninnah had children, but Hannah did not.

3 Each year Elkanah would travel to Shiloh to worship and sacrifice to the Lord of Heaven’s Armies at the Tabernacle. The priests of the Lord at that time were the two sons of Eli—Hophni and Phinehas. 4 On the days Elkanah presented his sacrifice, he would give portions of the meat to Peninnah and each of her children. 5 And though he loved Hannah, he would give her only one choice portion[b] because the Lord had given her no children. 6 So Peninnah would taunt Hannah and make fun of her because the Lord had kept her from having children. 7 Year after year it was the same—Peninnah would taunt Hannah as they went to the Tabernacle.[c] Each time, Hannah would be reduced to tears and would not even eat.

8 “Why are you crying, Hannah?” Elkanah would ask. “Why aren’t you eating? Why be downhearted just because you have no children? You have me—isn’t that better than having ten sons?”

Hannah’s Prayer for a Son

9 Once after a sacrificial meal at Shiloh, Hannah got up and went to pray. Eli the priest was sitting at his customary place beside the entrance of the Tabernacle.[d] 10 Hannah was in deep anguish, crying bitterly as she prayed to the Lord. 11 And she made this vow: “O Lord of Heaven’s Armies, if you will look upon my sorrow and answer my prayer and give me a son, then I will give him back to you. He will be yours for his entire lifetime, and as a sign that he has been dedicated to the Lord, his hair will never be cut.[e]”

12 As she was praying to the Lord, Eli watched her. 13 Seeing her lips moving but hearing no sound, he thought she had been drinking. 14 “Must you come here drunk?” he demanded. “Throw away your wine!”

15 “Oh no, sir!” she replied. “I haven’t been drinking wine or anything stronger. But I am very discouraged, and I was pouring out my heart to the Lord. 16 Don’t think I am a wicked woman! For I have been praying out of great anguish and sorrow.”

17 “In that case,” Eli said, “go in peace! May the God of Israel grant the request you have asked of him.”

18 “Oh, thank you, sir!” she exclaimed. Then she went back and began to eat again, and she was no longer sad.

19 The entire family got up early the next morning and went to worship the Lord once more. Then they returned home to Ramah. When Elkanah slept with Hannah, the Lord remembered her plea, 20 and in due time she gave birth to a son. She named him Samuel,[f] for she said, “I asked the Lord for him.”

21 The next year Elkanah and his family went on their annual trip to offer a sacrifice to the Lord. 22 But Hannah did not go. She told her husband, “Wait until the boy is weaned. Then I will take him to the Tabernacle and leave him there with the Lord permanently.[g]”

23 “Whatever you think is best,” Elkanah agreed. “Stay here for now, and may the Lord help you keep your promise.” So she stayed home and nursed the boy until he was weaned.

24 When the child was weaned, Hannah took him to the Tabernacle in Shiloh. They brought along a three-year-old bull[h] for the sacrifice and a basket[i] of flour and some wine. 25 After sacrificing the bull, they brought the boy to Eli. 26 “Sir, do you remember me?” Hannah asked. “I am the woman who stood here several years ago praying to the Lord. 27 I asked the Lord to give me this boy, and he has granted my request. 28 Now I am giving him to the Lord, and he will belong to the Lord his whole life.” And they[j] worshiped the Lord there.
–
Footnotes:

Life in the Spirit

1 So now there is no condemnation for those who belong to Christ Jesus. 2 And because you belong to him, the power[a] of the life-giving Spirit has freed you[b] from the power of sin that leads to death. 3 The law of Moses was unable to save us because of the weakness of our sinful nature.[c] So God did what the law could not do. He sent his own Son in a body like the bodies we sinners have. And in that body God declared an end to sin’s control over us by giving his Son as a sacrifice for our sins. 4 He did this so that the just requirement of the law would be fully satisfied for us, who no longer follow our sinful nature but instead follow the Spirit.

9 But you are not controlled by your sinful nature. You are controlled by the Spirit if you have the Spirit of God living in you. (And remember that those who do not have the Spirit of Christ living in them do not belong to him at all.) 10 And Christ lives within you, so even though your body will die because of sin, the Spirit gives you life[d] because you have been made right with God. 11 The Spirit of God, who raised Jesus from the dead, lives in you. And just as God raised Christ Jesus from the dead, he will give life to your mortal bodies by this same Spirit living within you.

12 Therefore, dear brothers and sisters,[e] you have no obligation to do what your sinful nature urges you to do. 13 For if you live by its dictates, you will die. But if through the power of the Spirit you put to death the deeds of your sinful nature,[f] you will live. 14 For all who are led by the Spirit of God are children[g] of God.

15 So you have not received a spirit that makes you fearful slaves. Instead, you received God’s Spirit when he adopted you as his own children.[h] Now we call him, “Abba, Father.”[i] 16 For his Spirit joins with our spirit to affirm that we are God’s children. 17 And since we are his children, we are his heirs. In fact, together with Christ we are heirs of God’s glory. But if we are to share his glory, we must also share his suffering.
–
Footnotes: