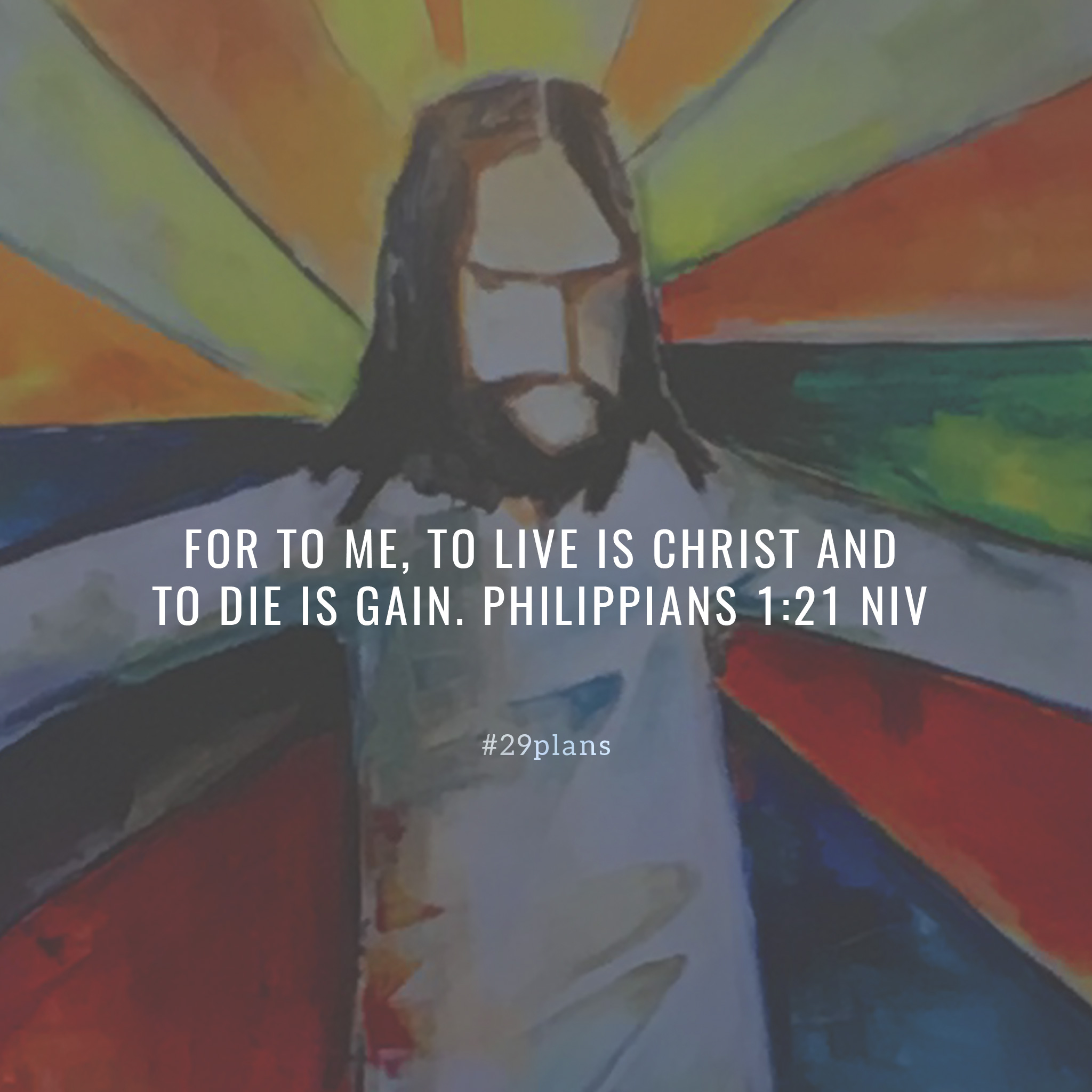 Verse of the Day: For to me, to live is Christ and to die is gain.Philippians 1:21 NIV

Song of the Day: To Live is Christ by Matt French — Youtube