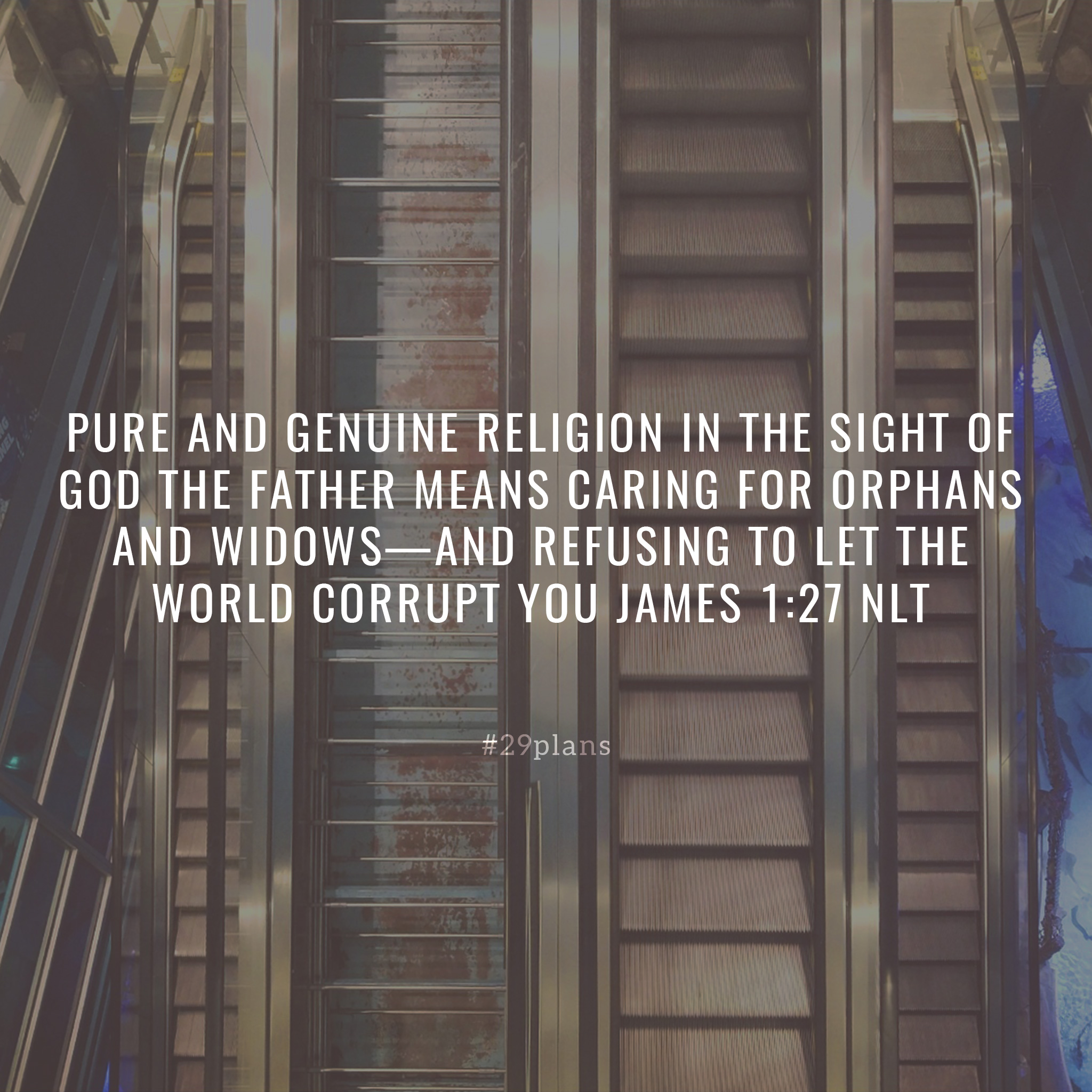 Verse of the Day: Pure and genuine religion in the sight of God the Father means caring for orphans and widows—and refusing to let the world corrupt you James 1:27 NLT

Song of the Day: Orphan’s Song by Enter the Worship Circle — Youtube

David’s Mightiest Warriors
10 These are the leaders of David’s mighty warriors. Together with all Israel, they decided to make David their king, just as the Lord had promised concerning Israel.

12 Next in rank among the Three was Eleazar son of Dodai,[b] a descendant of Ahoah. 13 He was with David when the Philistines gathered for battle at Pas-dammim and attacked the Israelites in a field full of barley. The Israelite army fled, 14 but Eleazar and David[c] held their ground in the middle of the field and beat back the Philistines. So the Lord saved them by giving them a great victory.

15 Once when David was at the rock near the cave of Adullam, the Philistine army was camped in the valley of Rephaim. The Three (who were among the Thirty—an elite group among David’s fighting men) went down to meet him there. 16 David was staying in the stronghold at the time, and a Philistine detachment had occupied the town of Bethlehem.

17 David remarked longingly to his men, “Oh, how I would love some of that good water from the well by the gate in Bethlehem.” 18 So the Three broke through the Philistine lines, drew some water from the well by the gate in Bethlehem, and brought it back to David. But David refused to drink it. Instead, he poured it out as an offering to the Lord. 19 “God forbid that I should drink this!” he exclaimed. “This water is as precious as the blood of these men[d] who risked their lives to bring it to me.” So David did not drink it. These are examples of the exploits of the Three.

David’s Thirty Mighty Men
20 Abishai, the brother of Joab, was the leader of the Thirty.[e] He once used his spear to kill 300 enemy warriors in a single battle. It was by such feats that he became as famous as the Three. 21 Abishai was the most famous of the Thirty and was their commander, though he was not one of the Three.

22 There was also Benaiah son of Jehoiada, a valiant warrior from Kabzeel. He did many heroic deeds, which included killing two champions[f] of Moab. Another time, on a snowy day, he chased a lion down into a pit and killed it. 23 Once, armed only with a club, he killed an Egyptian warrior who was 7 1⁄2 feet[g] tall and who was armed with a spear as thick as a weaver’s beam. Benaiah wrenched the spear from the Egyptian’s hand and killed him with it. 24 Deeds like these made Benaiah as famous as the three mightiest warriors. 25 He was more honored than the other members of the Thirty, though he was not one of the Three. And David made him captain of his bodyguard.
–
Footnotes:

Listening and Doing
19 Understand this, my dear brothers and sisters: You must all be quick to listen, slow to speak, and slow to get angry. 20 Human anger[a] does not produce the righteousness[b] God desires. 21 So get rid of all the filth and evil in your lives, and humbly accept the word God has planted in your hearts, for it has the power to save your souls.

22 But don’t just listen to God’s word. You must do what it says. Otherwise, you are only fooling yourselves. 23 For if you listen to the word and don’t obey, it is like glancing at your face in a mirror. 24 You see yourself, walk away, and forget what you look like. 25 But if you look carefully into the perfect law that sets you free, and if you do what it says and don’t forget what you heard, then God will bless you for doing it.

26 If you claim to be religious but don’t control your tongue, you are fooling yourself, and your religion is worthless. 27 Pure and genuine religion in the sight of God the Father means caring for orphans and widows in their distress and refusing to let the world corrupt you.
–
Footnotes: