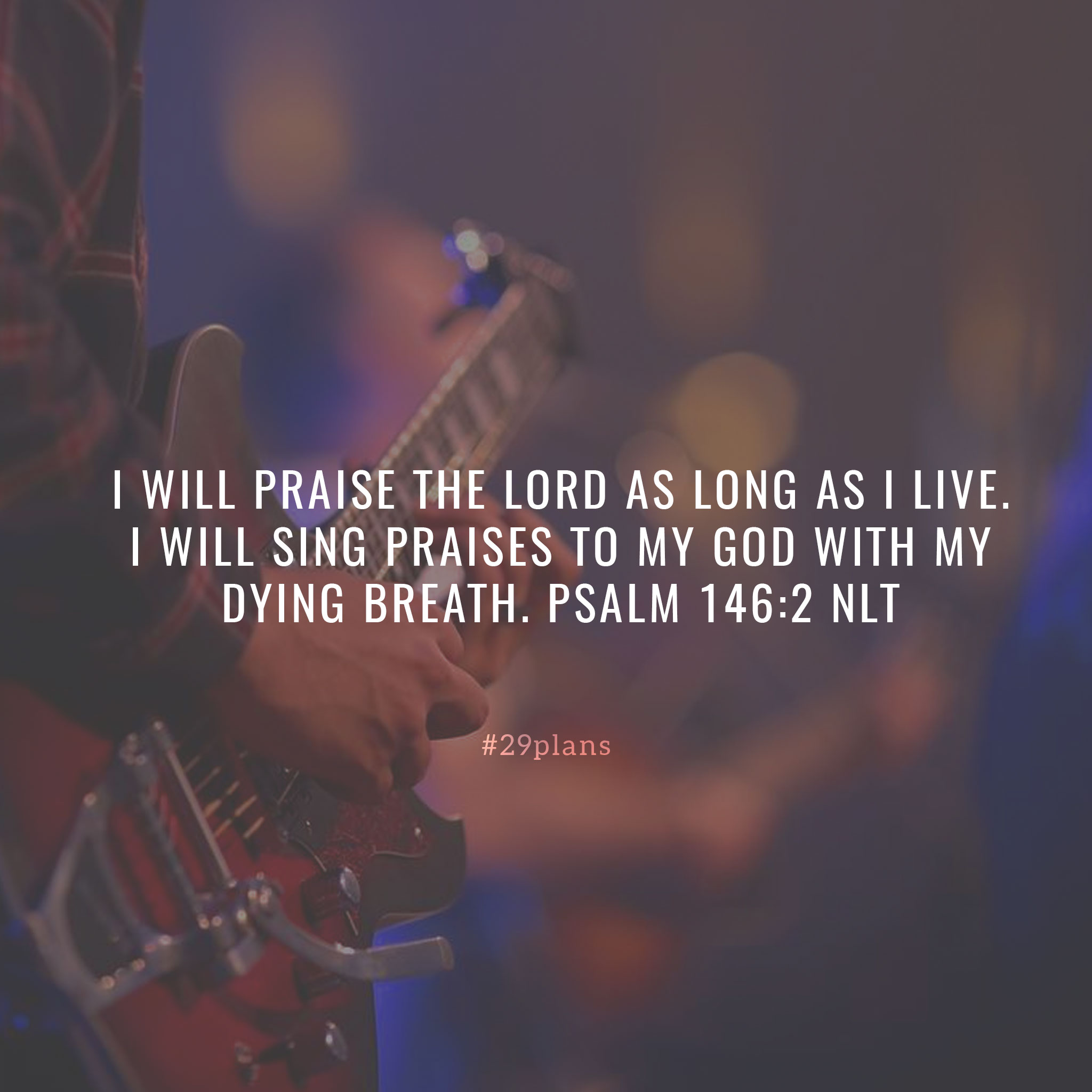 Guide: Read Psalm 146; Revelation 15; Listen to I Will Sing Praises by @vickiyohe; Pray for immigrants in your community; Memorize Psalm 146:2

Verse of the Day: I will praise the Lord as long as I live. I will sing praises to my God with my dying breath. Psalm 146:2 NLT

Song of the Day: I Will Sing Praises by Vicki Yohe — Youtube