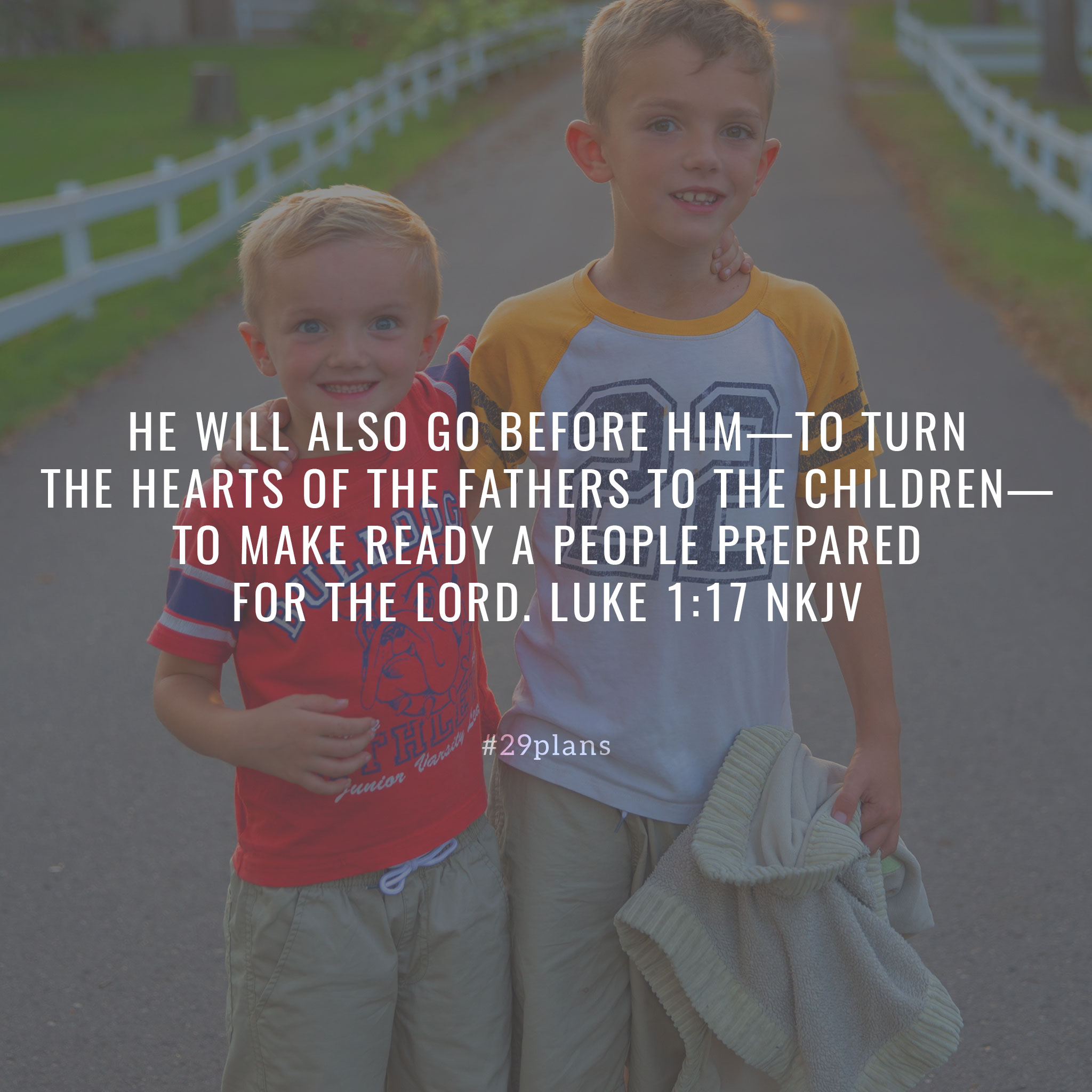 Guide: Read Nehemiah 2; Luke 1:1-25; Listen to Prepare Ye the Way by @michaelwsmith; Pray for Faith to obey; Take a bold step of faith

Verse of the Day: He will also go before Him—to turn the hearts of the fathers to the children—to make ready a people prepared for the Lord. Luke 1:17 NKJV

Song of the Day: Prepare Ye the Way by Michael W Smith — Youtube

Nehemiah Sent to Judah
1 And it came to pass in the month of Nisan, in the twentieth year of King Artaxerxes, when wine was before him, that I took the wine and gave it to the king. Now I had never been sad in his presence before. 2 Therefore the king said to me, “Why is your face sad, since you are not sick? This is nothing but sorrow of heart.”

So I became dreadfully afraid, 3 and said to the king, “May the king live forever! Why should my face not be sad, when the city, the place of my fathers’ tombs, lies waste, and its gates are burned with fire?”

4 Then the king said to me, “What do you request?”

So I prayed to the God of heaven. 5 And I said to the king, “If it pleases the king, and if your servant has found favor in your sight, I ask that you send me to Judah, to the city of my fathers’ tombs, that I may rebuild it.”

6 Then the king said to me (the queen also sitting beside him), “How long will your journey be? And when will you return?” So it pleased the king to send me; and I set him a time.

7 Furthermore I said to the king, “If it pleases the king, let letters be given to me for the governors of the region beyond the River,[a] that they must permit me to pass through till I come to Judah, 8 and a letter to Asaph the keeper of the king’s forest, that he must give me timber to make beams for the gates of the citadel which pertains to the temple,[b] for the city wall, and for the house that I will occupy.” And the king granted them to me according to the good hand of my God upon me.

9 Then I went to the governors in the region beyond the River, and gave them the king’s letters. Now the king had sent captains of the army and horsemen with me. 10 When Sanballat the Horonite and Tobiah the Ammonite official[c] heard of it, they were deeply disturbed that a man had come to seek the well-being of the children of Israel.

Nehemiah Views the Wall of Jerusalem
11 So I came to Jerusalem and was there three days. 12 Then I arose in the night, I and a few men with me; I told no one what my God had put in my heart to do at Jerusalem; nor was there any animal with me, except the one on which I rode. 13 And I went out by night through the Valley Gate to the Serpent Well and the Refuse Gate, and viewed the walls of Jerusalem which were broken down and its gates which were burned with fire. 14 Then I went on to the Fountain Gate and to the King’s Pool, but there was no room for the animal under me to pass. 15 So I went up in the night by the valley, and viewed the wall; then I turned back and entered by the Valley Gate, and so returned. 16 And the officials did not know where I had gone or what I had done; I had not yet told the Jews, the priests, the nobles, the officials, or the others who did the work.

17 Then I said to them, “You see the distress that we are in, how Jerusalem lies waste, and its gates are burned with fire. Come and let us build the wall of Jerusalem, that we may no longer be a reproach.” 18 And I told them of the hand of my God which had been good upon me, and also of the king’s words that he had spoken to me.

So they said, “Let us rise up and build.” Then they set their hands to this good work.

19 But when Sanballat the Horonite, Tobiah the Ammonite official, and Geshem the Arab heard of it, they laughed at us and despised us, and said, “What is this thing that you are doing? Will you rebel against the king?”

20 So I answered them, and said to them, “The God of heaven Himself will prosper us; therefore we His servants will arise and build, but you have no heritage or right or memorial in Jerusalem.”
–
Footnotes:

Dedication to Theophilus
1 Inasmuch as many have taken in hand to set in order a narrative of those things which have been fulfilled[a] among us, 2 just as those who from the beginning were eyewitnesses and ministers of the word delivered them to us, 3 it seemed good to me also, having had perfect understanding of all things from the very first, to write to you an orderly account, most excellent Theophilus, 4 that you may know the certainty of those things in which you were instructed.

John’s Birth Announced to Zacharias
5 There was in the days of Herod, the king of Judea, a certain priest named Zacharias, of the division of Abijah. His wife was of the daughters of Aaron, and her name was Elizabeth. 6 And they were both righteous before God, walking in all the commandments and ordinances of the Lord blameless. 7 But they had no child, because Elizabeth was barren, and they were both well advanced in years.

8 So it was, that while he was serving as priest before God in the order of his division, 9 according to the custom of the priesthood, his lot fell to burn incense when he went into the temple of the Lord. 10 And the whole multitude of the people was praying outside at the hour of incense. 11 Then an angel of the Lord appeared to him, standing on the right side of the altar of incense. 12 And when Zacharias saw him, he was troubled, and fear fell upon him.

13 But the angel said to him, “Do not be afraid, Zacharias, for your prayer is heard; and your wife Elizabeth will bear you a son, and you shall call his name John. 14 And you will have joy and gladness, and many will rejoice at his birth. 15 For he will be great in the sight of the Lord, and shall drink neither wine nor strong drink. He will also be filled with the Holy Spirit, even from his mother’s womb. 16 And he will turn many of the children of Israel to the Lord their God. 17 He will also go before Him in the spirit and power of Elijah, ‘to turn the hearts of the fathers to the children,’[b] and the disobedient to the wisdom of the just, to make ready a people prepared for the Lord.”

18 And Zacharias said to the angel, “How shall I know this? For I am an old man, and my wife is well advanced in years.”

19 And the angel answered and said to him, “I am Gabriel, who stands in the presence of God, and was sent to speak to you and bring you these glad tidings. 20 But behold, you will be mute and not able to speak until the day these things take place, because you did not believe my words which will be fulfilled in their own time.”

21 And the people waited for Zacharias, and marveled that he lingered so long in the temple. 22 But when he came out, he could not speak to them; and they perceived that he had seen a vision in the temple, for he beckoned to them and remained speechless.

23 So it was, as soon as the days of his service were completed, that he departed to his own house. 24 Now after those days his wife Elizabeth conceived; and she hid herself five months, saying, 25 “Thus the Lord has dealt with me, in the days when He looked on me, to take away my reproach among people.”
–
Footnotes: