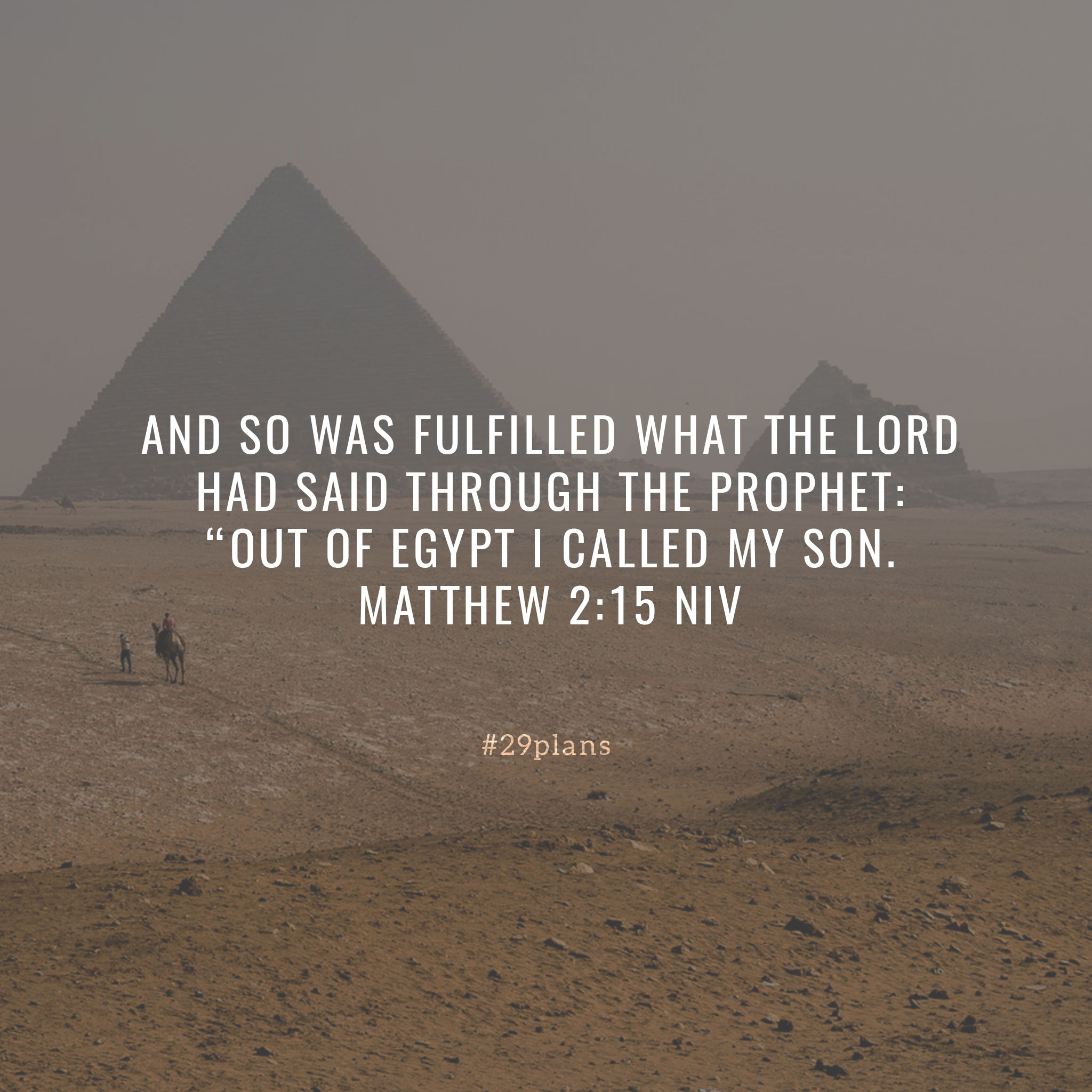 Verse of the Day: And so was fulfilled what the Lord had said through the prophet: “Out of Egypt I called my son. Matthew 2:15 NIV

Song of the Day: Joseph’s Lullaby by Mercy Me — Youtube

Epilogue: The Wife of Noble Character
10 [a]A wife of noble character who can find?
She is worth far more than rubies.
11 Her husband has full confidence in her
and lacks nothing of value.
12 She brings him good, not harm,
all the days of her life.
13 She selects wool and flax
and works with eager hands.
14 She is like the merchant ships,
bringing her food from afar.
15 She gets up while it is still night;
she provides food for her family
and portions for her female servants.
16 She considers a field and buys it;
out of her earnings she plants a vineyard.
17 She sets about her work vigorously;
her arms are strong for her tasks.
18 She sees that her trading is profitable,
and her lamp does not go out at night.
19 In her hand she holds the distaff
and grasps the spindle with her fingers.
20 She opens her arms to the poor
and extends her hands to the needy.
21 When it snows, she has no fear for her household;
for all of them are clothed in scarlet.
22 She makes coverings for her bed;
she is clothed in fine linen and purple.
23 Her husband is respected at the city gate,
where he takes his seat among the elders of the land.
24 She makes linen garments and sells them,
and supplies the merchants with sashes.
25 She is clothed with strength and dignity;
she can laugh at the days to come.
26 She speaks with wisdom,
and faithful instruction is on her tongue.
27 She watches over the affairs of her household
and does not eat the bread of idleness.
28 Her children arise and call her blessed;
her husband also, and he praises her:
29 “Many women do noble things,
but you surpass them all.”
30 Charm is deceptive, and beauty is fleeting;
but a woman who fears the Lord is to be praised.
31 Honor her for all that her hands have done,
and let her works bring her praise at the city gate.
–
Footnotes:

The Escape to Egypt
13 When they had gone, an angel of the Lord appeared to Joseph in a dream. “Get up,” he said, “take the child and his mother and escape to Egypt. Stay there until I tell you, for Herod is going to search for the child to kill him.”

14 So he got up, took the child and his mother during the night and left for Egypt, 15 where he stayed until the death of Herod. And so was fulfilled what the Lord had said through the prophet: “Out of Egypt I called my son.”[a]

16 When Herod realized that he had been outwitted by the Magi, he was furious, and he gave orders to kill all the boys in Bethlehem and its vicinity who were two years old and under, in accordance with the time he had learned from the Magi. 17 Then what was said through the prophet Jeremiah was fulfilled:

18 “A voice is heard in Ramah,
weeping and great mourning,
Rachel weeping for her children
and refusing to be comforted,
because they are no more.”[b] –
Footnotes: